The Montana West Economic Development (Montana West), in combination with the Flathead County Economic Development Authority and City of Kalispell, was awarded the MEDA Innovation Award for the Kalispell Core & Rail Redevelopment project – an innovative plan to develop the Kalispell Core Area. For the first time in decades, Kalispell has captured the attention of state and national developers, along with local entrepreneurs looking to put their stamp on the heart of Kalispell.

Once the project is complete the Kalispell Core Area will have a walking trail, more green space, entertainment, dining and retail options – all factors that will enhance residents’ quality of life while also increasing tourism in the city.

Historically, the BNSF railroad has gone through downtown Kalispell. Those railroad tracks have prevented much of the real estate in the heart of Kalispell from being developed for non-industrial uses. When the City of Kalispell wanted a way to bring investment into Kalispell, the idea for transforming the existing rail into a walkable trail was born. The City of Kalispell launched the project with an EPA Brownfield Pilot Program surveying property owners in the Core Area for vision of the future.  The overwhelming response was that the tracks needed to be removed to allow for new development. For that to happen the last two users of the rail needed to be relocated out of the center of town. In 2012 Flathead County Economic Development Authority (FCEDA) received an EDA grant to purchase property for a rail-served industrial park. The City of Kalispell and approached FCEDA and proposed a played-out gravel pit on the edge of town as a location for the new rail park and new home for the two rail-served businesses.

It took collaboration and cooperation for the Core & Rail Redevelopment to become a reality. First, there are two existing businesses using Kalispell’s downtown rail. In order to relocate them, they had to be willing to move and the Glacier Rail Park had to be developed. Understanding the benefit to the entire community, both CHS and Northwest Drywall were willing to relocate, and their new buildings should be ready for occupancy in August of 2019. Additionally, the railroad had to cooperate, which in this case meant securing agreements from three railroad companies. The persistence of Montana West paid off with them agreeing to service the Glacier Rail Park and BNSF providing a $500,000 matching grant and WATCO giving a $200,000 operating grant. The willingness of everyone involved to work together has made this project possible.

Investment is already being made into downtown Kalispell

The Glacier Rail Park is complete, but the tracks in the center of Kalispell will not be removed until 2019, after CHS and Northwest Drywall have relocated. Then, in 2020, the trail will be built. Though still over a year away, businesses have seen the vision and are investing in downtown Kalispell. One such business is SunRift Beer Company who has built a new brewery with plans to add a second business with a restaurant that will have a patio directly on the trail. This type of business will add to the vibrant quality of life that Kalispell residents enjoy and help to attract visitors to the city. With constant phone calls from state and national developers, Montana West suspects that more private property is changing hands with businesses making plans to locate in the Core of Kalispell.

The investment being made in Kalispell is extending to industrial industries as well, with several light and heavy industrial lots available at the Glacier Rail Park – sites that are expected to bring in additional companies that will create significant jobs in the region.

Infrastructure improvements are also being made

In addition to removing the rail tracks, an additional north-south road will be built to allow for additional traffic in the downtown area. Part of the $10MM TIGER grant for transportation will go to build this north-south connector road. Fortunately, since police and fire are already serving downtown Kalispell, they can respond quickly to the needs created by new developments, without requiring additional infrastructure upgrades.

“Once the track is removed and the trail put in, we expect to see more development in the downtown core because the infrastructure is already there. This will have a ripple effect on the types of businesses coming here, while also increasing property values and property taxes collected by the city and county,” said Kim Morisaki, Director of Marketing & Business Development for Montana West Economic Development. 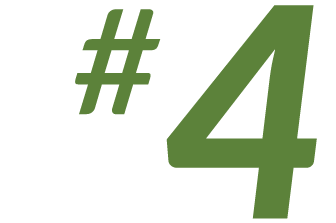